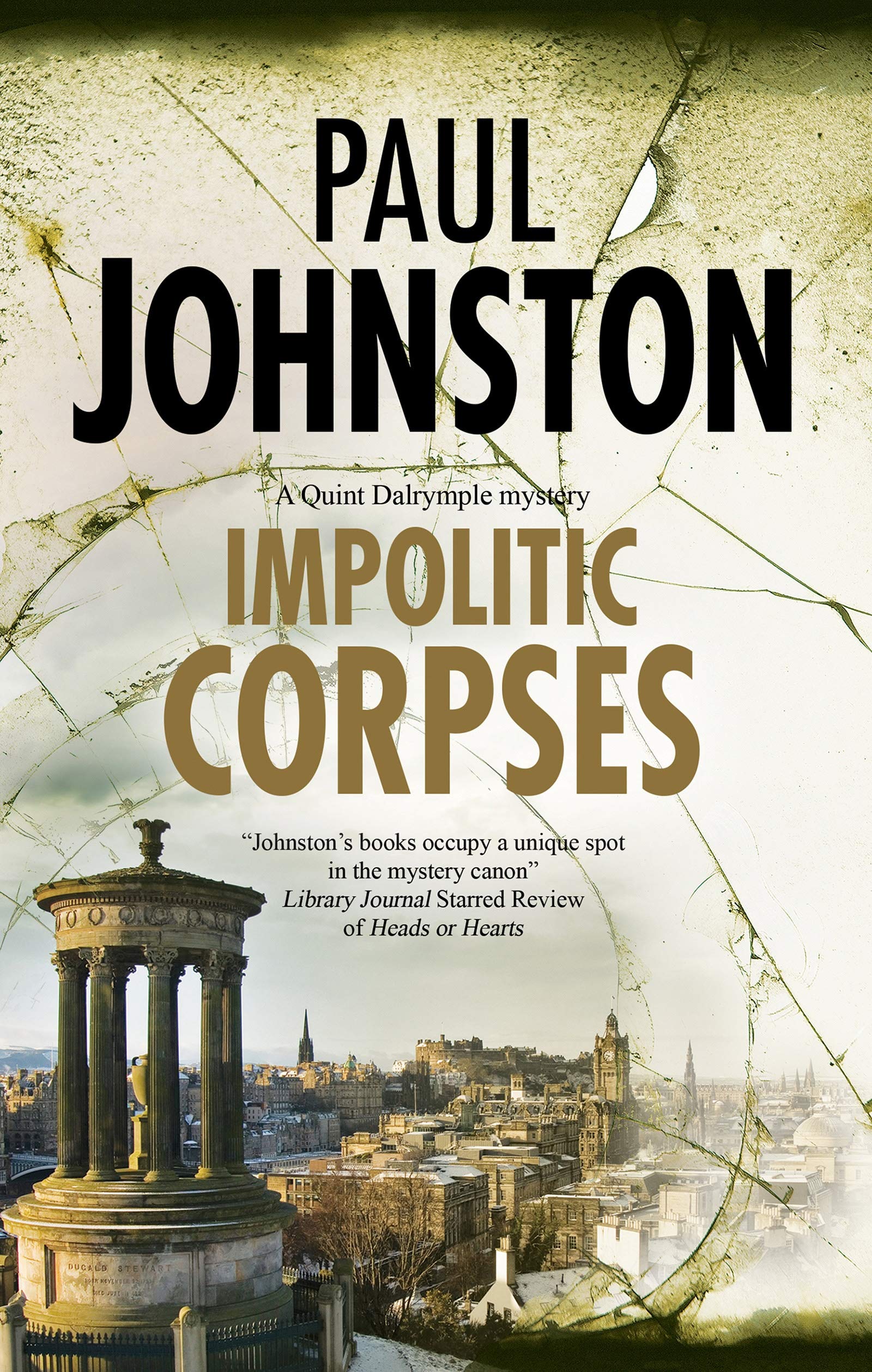 This is the eighth novel in the series of novels featuring Quint Dalrymple.

It is November 2038 and Scotland has been reunified – Edinburgh’s thirty-year experiment with supposedly benevolent totalitarianism is over. Despite now being a novelist and retired from the Police, Quint Dalrymple still gets called upon for the investigation of strange cases. An attempted strangling of a young man in Leith by an assailant wearing a bizarre tree-fish costume definitely falls into that category.

Before he can make headway on that case, he is asked by to look into the strange disappearance of the Lord of the Isles – Angus Macdonald (Leader of the opposition in Parliament). He vanished from inside his locked bedroom while his valet was sitting outside with a severed finger hidden in the room.
The discovery of a body arranged in a disturbingly macabre pose links the two cases together and starts to provide worrying links back into some of the darker parts of his past.

As stated in reviews of earlier books in the series, this is a mix of science fiction and crime fiction in that it is set in the future but there is very limited technology which is entirely lower-level than what most people have access to today with the computers, in particular, seeming quaintly archaic.
Once again you can start the series here as there is enough backstory sprinkled throughout the first few chapters to give you both an overview of the milieu and a view into the mind-set and motivation of Quint without it dominating the plot.

The plot, as usual, is engaging and goes at a rate of knots with you understanding the motivation of the characters whilst not agreeing with them. The camaraderie between Davie (his sidekick in effect) and Quint is still there despite their separation on a day-to-day basis before the action starts.

Once again, the denouement does make sense given what has gone before and sets up the scene for future books.

Overall, this is a good addition to the series and I still definitely like to see where Quint Dalrymple goes from here.

I received a free copy of this book from the publishers on NetGalley.